6 Ways to Update PUBG Mobile on Android – The following guide will help you on how to update the latest PUBG Mobile season using Android and iOS. Immediately update your PUBG mobile version of the game so you don’t miss the latest features of PUBG Mobile this season. 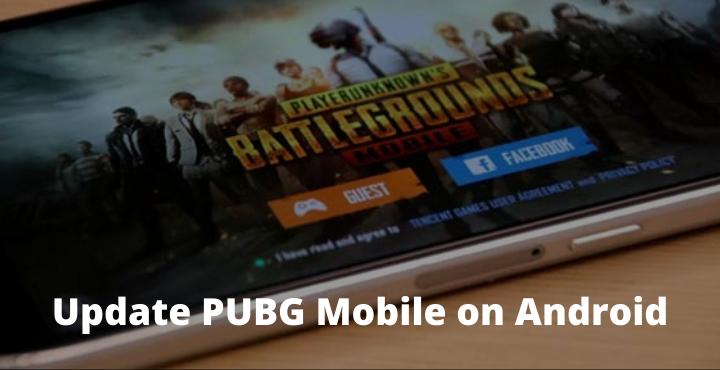 PUBG Mobile has officially launched for mobile devices. Previously, PUBG was only available for PC and Xbox One. However, because many gamers were enthusiastic about this game, PUBG Mobile was finally inaugurated.

PUBG Mobile is published by the big company Tencent, they continue to strive to deliver quality and cool games. This is proven because there are different features from the PC and Xbox versions, and of course PUBG Mobile always brings new things every season.

You can see more fully what new features are in the latest PUBG Mobile season via the official PUBG Mobile website. So, don’t miss the latest update from PUBM which is of course very interesting.

To update PUBG Mobile itself, there are several different ways. So, make sure to follow the steps below so that you don’t experience problems again in the PUBG Mobile game.

There are three types of PUBG Mobile game updates that are most commonly used. The first is by updating the application on the menu in the Android cellphone playstore.

Here’s how to update the latest PUBG mobile:

Now, you just need to wait for the update process to finish. The length of time this takes depends on the internet speed and the size of the files in the update.

Playstore has an automatic update feature that functions to update every application with the latest version available. By activating this feature, you can update PUBG automatically when there is a new update.

How to update pubg mobile:

Now PUBG Mobile will automatically update when an update is available. If you want to disable this feature uncheck the Enable automatic updates box.

Then in the last step, close PUBGM and reopen the PUBG Mobile game so that the update can be applied without problems. Now, PUBGM has been successfully updated to the latest version.

Basically, updating PUBG Mobile will not be much different from updating applications in general on iOS. You only need to access the App Store application on your iPhone or iPad device.

How to update the latest pubg mobile:

Similar to the google play store on Android phones, the Apple Store also has an automatic update feature that is useful so that application updates run automatically. You can activate this feature by following this guide.

The Internet connection speed will affect the PUBG Mobile update process and the size of the update. So, make sure you are using a stable internet network.

By reinstalling PUBG Mobile, you will get the latest version of PUBG Mobile updates without the problem of failing to update PUBG Mobile again.

Nazrul Islam - October 21, 2020 0
5 Ways Download Call of Duty Game on Android - Garena has officially released the game Call of Duty Mobile. Because of its popularity, this game is...

How To Take Screenshot on Asus Laptop Windows 10

How to Create Restore Point in Windows 10