40 Best Offline MOBA Games on Android – Playing games might be a solution when free time. One genre that is often sought after is the MOBA game. Well, if you talk about the MOBA game, surely what comes to your mind is Mobile Legends.

Curious what MOBA Offline games will be discussed? Come on, just look at the following article.

Best List of the Offline MOBA Games on Android 2022

Having a MOBA game offline will really help you who want to play MOBA games but don’t have an internet quota. Rather than curious, just immediately pay close attention below.

Every MOBA game must have something in common with other MOBA games, namely to destroy enemy towers or turrets.

In terms of how to play this offline MOBA game, moving your hero just taps on the track, not using analogs such as Mobile Legends. 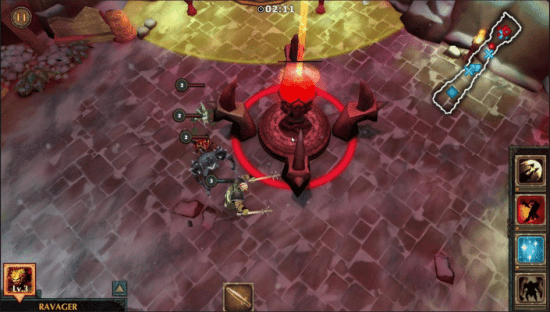 For the map itself, the Legendary Heroes MOBA has a map in which there is only 1 track.

In addition, there is a box-shaped map but the composition is very different from Mobile Legends, whether it’s the placement of towers or turrets or the way of the minions.

The hero himself is different from other MOBA games as well as the skills he has. Anyway, this game is a recommendation for you who like to play MOBA games.

This game is quite different from other MOBA games. This game will make you choose someone with the type of fighter/archer/mage who will carry out a mission to destroy several cities.

Uniquely, you will play from the bottom in the sense that the equipment you will use is just modest.

To get equipment, you must complete a mission that has been determined and you will get rewards such as equipment and gold.

This offline MOBA game is very entertaining, especially to run your character just by tapping on the path.

Wow, it’s a must-download for those of you who like MOBA games and adventures too.

This offline MOBA game is very interesting because the graphics offered are quite interesting. In terms of own control, this game is almost similar to Mobile Legends, which is analogous to attack or move.

The hero himself is very interesting both in form and skill.

The map itself is different from the others, both from the tower/turret placement and the path to attack it.

If you like or have ever played the DotA game, you must be familiar with the map.

This game has a map similar to DotA, so when you play this MOBA game offline, it will feel like playing DotA on Android.

To win this game, you must destroy enemy towers/turrets. In addition, the hero is also very cool, both from the shape and skills he has.

Running from the hero you can tap on the screen or you can use existing analogs. You can select it in the settings in the game

The next MOBA game is MOBA Legends Kong Skull Island. This offline MOBA game has graphics that don’t need to be doubted.

Because the graphics that are presented will spoil you. In addition, the hero himself is also very cool, including the skills.

This game has 1 track only and can only be played 3 vs. 3 only. For the map itself, it’s almost similar to the MOBA Vainglory game. To move the hero, you can use analog tablets.

This game is very suitable for you to play when you are free. Brawl Legends is one of the MOBA offline games that you must download

This game can be played as 5 vs 5 and 3 vs 3 guys, wow, there are so many choices, guys. In addition, there are also characters that you can choose from.

The next MOBA game is Dungeon Quest. To play this game you must destroy enemy turrets/towers. However, it is quite different from other MOBA games.

This game will require you to make a character with that type of character. Such as mage, archer, and fighter.

You will wander in the middle of the forest and meet with enemies. In addition to killing enemies, you also have to destroy enemy towers/turrets. You can also get equipment that will increase your attack.

The next MOBA game is Heroes Never Die. This offline MOBA game will require you to guard a tower/turret that will be attacked by monsters.

For the character itself, you can choose either type like archers, mages, or fighter.

In addition, to move this character yourself you can use the analog on the screen. This game is quite fun and very entertaining for you who don’t have an internet quota.

The next MOBA game is Plants War 2. This game is very exciting, moreover, the characters that are presented resemble plants that are in accordance with the title of this game.

The size of this offline MOBA game is approximately 91 MB. How to play this game, you must destroy the tower/turret of the enemy that has been guarded by the enemy.

To run from this character, you can tap on the path. So this game is very suitable to fill spare time at the same time for you who currently do not have an internet quota.

The next MOBA game is Heroes of Destiny. This offline MOBA game is very interesting because the graphics really spoil your eyes. This game has a size of approximately 515MB. In accordance with the graphics presented.

In addition, how to play this game is very easy. Your only aim at enemies and your hero will automatically attack at enemies.

The character of the hero is very interesting. What’s more, his skills are also very deadly. This offline MOBA game is highly recommended for those of you who want to play MOBA games.

Those are some Android MOBA games that you can play offline and online. So, from the many MOBA games that we presented above, which one do you think is the most interesting? As for me personally, Mobile Legend: Bang Bang. This game is one of the best user war games I’ve ever played.