Technowizah
Home Android What is ROM on Android Smartphone Device 2022

What is ROM on Android Smartphone Device – ROM stands for Read-Only Memory, in the case of Android Smartphones this ROM refers to the internal storage media where the firmware and default applications are stored. 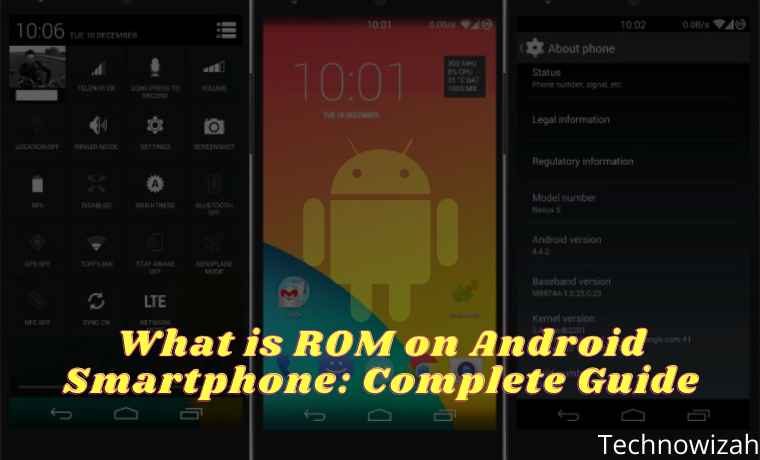 What is ROM on Android Smartphone Complete History

Actually, ROM is a piece of hardware that functions as an internal storage medium and the data in it can only be read (read). But through the flashing process, this ROM can be written/filled with data.

When you or someone wants to install ROM on an Android Smartphone, this means they are installing new firmware on their smartphone. Especially for this case, you can think of ROM, Firmware, and Operating System as the same thing.

Types of ROM in General

Because Android is an operating system derived from Linux, it is also an Open-Source license. This causes ROM or Android firmware to come in several types, namely:

A custom ROM is an android smartphone firmware released unofficially by a developer that may have new display features, new features to increase performance. Custom ROMs are usually made when a particular smartphone manufacturer has a weakness in its performance so to cover these weaknesses, changes to the ROM or firmware are needed.

Branded Stock ROM is basically a stock ROM that is customized and changed according to the wishes of the manufacturer or particular Android smartphone brand holder. Changes here usually include the design or appearance, certain applications, and changes made to increase the performance of an Android smartphone.

Which is Better Stock ROM or Custom ROM?

Each type of ROM has its own advantages and disadvantages. For that, let’s learn one by one by comparing them based on common cases felt by Android users.

Pros and Cons of Stock ROM

Stock ROMs are usually made by people who are very knowledgeable in the world of Android. By going through the long research and testing stages by them, Stock ROM comes with the following advantages:

Even though it has the above advantages, stock firmware also has the following disadvantages:

Pros And Cons of Custom ROM

Although Custom ROMs are developed by people who don’t officially work for a particular android smartphone manufacturer, they are highly knowledgeable and passionate. Here are some of the advantages of Custom ROM compared to Stock ROM:

Although there are many advantages of a Custom ROM, there are also some disadvantages and the following are:

Do I Need a Custom ROM?

However, if your Android smartphone feels that its performance is not optimal, such as the wasteful battery, loading takes a long time and a bug or weakness appears in the Stock ROM but it has never been fixed by the developer, then the Custom ROM can be tried.

Akshara Singh - December 3, 2022 0
10 Best Video Editing Apps For Android 100% Free – Your Android smartphone may be able to shoot stunning high-quality videos, but it doesn't have...